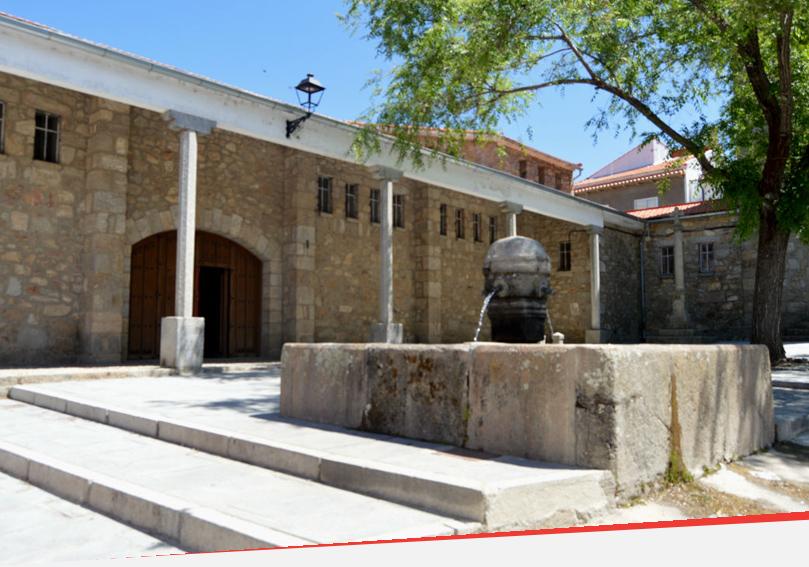 Piornal, one of the eleven villages in the Valle del Jerte, is perched on the altiplano of the Sierra de Tormantos, in the southern foothills of Gredos, at 1.175 meters of altitude, making it the highest village in all of Extremadura.

Due to its location, Piornal offers hard winters, where snow, rain, fog and cold are the protagonists, and mild summers, with temperatures that hardly exceed 30 degrees and with cool summer nights.

The fact of situating itself in a plain has allowed Piornal to offer the appearance of a less marked urbanism, with less slopes and geometrically more defined, with a network of streets and backstreets, some of which maintain the attraction of seeing a stream of clear water called "la cañera" through them.

The squares in Piornal, some of an almost perfect square structure, like that of the City Hall, have old stone fountains in the middle with round or square pylons over which the pipes pour their cold, crystalline waters.

The dwellings in Piornal are those that better represent mountain constructions, based on the exclusive use of the stone that betray the humility with which the piornalegos have traditionally lived.

To walk through its streets is to embark yourself on a journey through time, it is to soak up yourself in smoke from the lights of the houses that escape through the chimneys in winter, it is to stop and talk with the people sitting on the doors watching the summer go by, it is to fly like they fly the leaves of the trees with the autumn wind, it is to smell the aroma of the cherry blossoms in spring.


The first signs of the village as such are from the beginning of the thirteenth century, Piornal emerged as a pastoral enclave, the pastures (places where the cattle graze during the summer season) of the Tormantos plateau exerted a permanent attraction for the clans of cattle families.It was, at that time, a poor land with no other meaning that to offer their pastures to livestock.

There are divergences about the origin of the first shepherds that settled in these lands.Some claim that they were Castilian shepherds of Zapardiel de la Ribera (Ávila), who planted their huts and settled down with their sheep and goats in the more temperate and southern heights of the Sierra de Tormantos.

Others are convinced that they were shepherds from the mountains of the Kingdom of León, relying, among other things, on the similarity of some features of Leon's speech with words that are still preserved in Piornal.

In any case, Castilian or Leonese, what seems certain is that they were shepherds who, with the construction of their sheepfolds and huts, put the first seed of the village that, due to the abundance of the understory of piornos (Cytisus purgans or Cytisus oromediterraneus) was called "PIORNAL", name that is registered in the mid-thirteenth century, specifically in 1254, as recorded in a bull of Pope Innocent IV.

In spite of its eminently cattle raising origins, Alfonso XI (Salamanca 1.311 - Gibraltar 1.350) cites Piornal in his "Book of Montería", at that time, in addition to small game, there were in the area wild pigs and some species of wild goats.

Neighbors of Piornal later founded Barrado and Cabrero for the advantage and dominion of the pastures that descend the hillsides of Piornal.It was a very slow process, the first huts were giving way to humble masonry houses.

Both enclaves were considered as neighborhoods of Piornal to which they were subject in the civil and the ecclesiastical.Barrado will become independent before, in the 15th century it is already titled as Villa. It was more dificult for Cabrero to obtain its autonomy and that did not take place until our Contemporary Age.

In the fifteenth century Piornal was "Open Council".The Council were meetings of the neighbors in which important decisions were made for the life of the village.The aforementioned meetings took place "bell tolled" (the neighbors were summoned tolling the bells).Every Sunday, after the Mass, the Council met.The meeting took place in the portal of the church, could not be held in private mansion "under penalty of 3.000 maravedies to be paid to the treasury and the chamber of their Highnesses" as the corregidor Rodrigo de Neria wrote on August 31 of 1.500.

At the end of the 15th century the "Municipal Ordinances" that we know and that should govern the life of the community were constituted in Piornal.The Ordinances established diverse dispositions that affected from the livestock regime to the manners of the neighbors of the town.

Already in the Contemporary Age, we can say that Piornal was dominated by the French when their invasion took place.Here some French military detachments had seats until 1811. Our mountainous orography favoured the guerrilla movements, highlighting the good reception that these movements had among the Piornalegos and their voluntary participation in them as good combatants.In our cemetery were also buried French soldiers fallen in the military contest.

The difficulties in the communications give us an idea of the isolation of the village until the first half of this century. The road did not get into Piornal until 1927.Its geographical situation meant that Piornal was not frequented by travelers, as is evident in 1520 when the lieutenant of the corregidor Sanchez de Aguilera Nuño Calderón asks if there is an inn in the town, to which the neighbors reply that "It is not necessary,for not having walkers in the place ".

This separation preserved certain ethnic, linguistic and cultural features that made Piornal somewhat different from the other villages of Valle del Jerte.

As for the flora, there are many high mountain scrubs like piornos (bush that gives name to the municipality), heathers or brooms (Citysus purgans, Genista florida) that resist the harsh climatological conditions in which they grow.

Dense and shady oak woods.The dominant class is the rebollo, with woody underbrush of broom, hawthorn, blackberry and honeysuckle. There are other scattered species such as rowan trees, wild cherry trees, holly trees and yew trees. And also low scrubs: Thyme and lavender.

We also can find in the mountainous environment rare species such as the bell plant or the chamomile of Gredos.

In the humid zones and on the banks of the streams other species such as alders, rowan trees, ash trees, saucos, willows and different species of poplars are born, as well as a great variety of sub shrubs and other herbaceous species.

A particular mention deserve the different species of mushrooms that can be found in the municipality.

Regarding the fauna, in the municipality of Piornal there are many emblematic species of birds, mamals and snakes.

The goodness of Piornal's sky, its extreme height and its darkness at night served as a pretext for an astronomer from Extremadura (from the Astronomical Observatory of Cáceres) to propose to the "Junta de Extremadura" the construction of an astronomical observatory in its vicinity: the project was dismissed at the time.

Ayuntamiento de Piornal
Plaza España, 2,
10615 Piornal, Cáceres
activate map
OPEN IN MAPS
open in your mobile maps app to use it as a gps 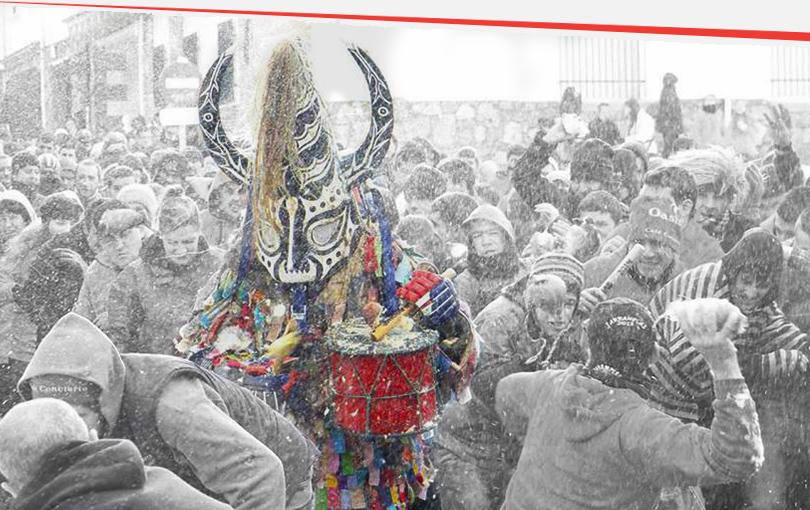